I haven’t really mentioned the fact that I bought a custom built steel frame road bike earlier this year. Probably because I’ve been busy riding it.

It was a long time coming, as I bought the groupset for a steal online last summer. Then pondered what kind of frame I wanted and where I would buy it.

I wanted a road bike that would replace my 27 lb touring bike with something lighter, while still being durable and hardy enough for long distance riding and tours.
And of course, I wanted something pretty.

So a friend mentioned that there was a small outfit in Italy that did custom steel frames with Columbus Spirit Tubing, and I decided to give it a shot.

It’s an expensive gamble to do something like this online and across the ocean more or less on a whim, but when you don’t spend $9k a year on a car, you do have these luxuries.

Vincenzo did a beautiful job, and there were more details and options than I could have imagined. From the tapered head tube to the exact RA# paint colors to the placement of the cables, it was a treat to get to select each aspect of the bike.

One of my favorite details to select was the writing on the top tube. I selected “senza pareti”, which is Italian for “without walls”, after a particularly zen morning commute where I realized that I felt particularly connected and at one with the environment when on my bike, surrounded by cars where people are walled in and cut off from the world, stuck to the confines of doors and windows while on the open road. 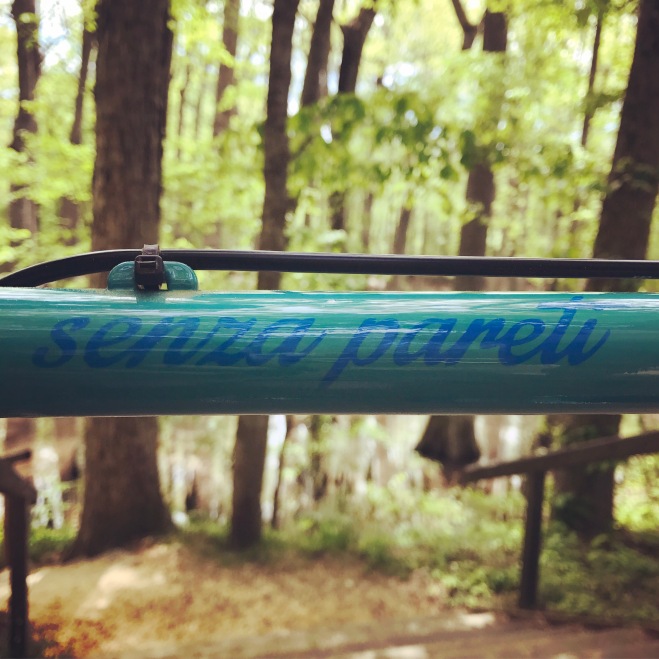 The custom build process also forced me to learn more about bike mechanics and look up the pros/cons of each aspect of the bike. Most of my choices were focused on weight or aesthetics, but I did go with disc brakes because I’m a control freak about descending. Maybe about a few other things as well.

The finished built bike (with 11-speed Ultegra, mechanical disc brakes, some carbon fiber pieces like bars and seatpost, and Chris King wheels) weighs in around 20 lbs.  If you’re in Greenville, Carlo at Velo Valets is your guy for custom builds!

I changed out my beloved Selle Anatomica saddle for weight, but I’ll probably try one of their new lighter models before too long. 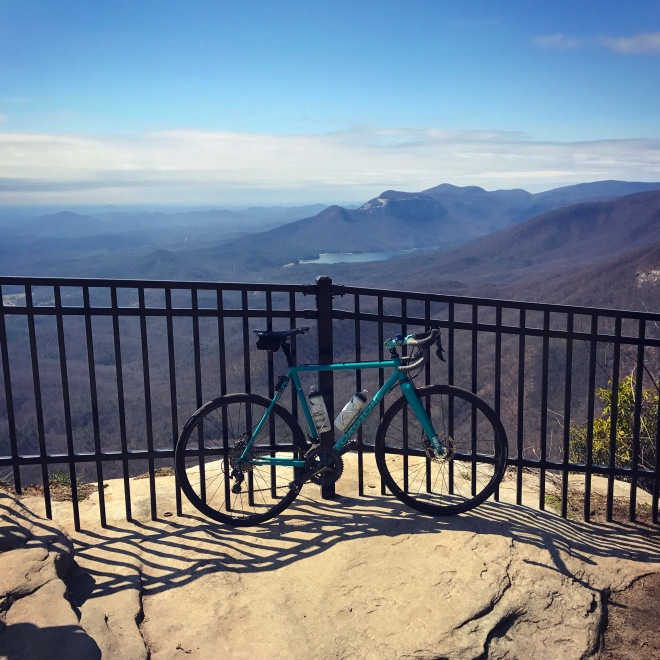 We’ve already explored roads and trails in 6 states and covered over 1,000 miles, and we’re just getting started!