I’ve been working with APTA and Voices for Public Transit to write a piece about the impact of public transit on my life, and today it finally got published! Huge thanks to everyone who read it and gave feedback, I’m thrilled to get the chance to share my story in this format.

The article links back to this blog, bringing to the forefront of my mind that ever present guilt of not writing more frequent posts. I construct a post in my head on just about every ride; the creative juices flow, and then dissipate by the time I get to a keyboard. Other times I write half of a rough draft of a post, decide it sounded better in my head, or that I’m rambling too much, and never publish it.

So I’m going to try to put more content out there, and try to deal with not being 100% satisfied with each line. Starting now. As in, right now. Hello, ‘publish’ button. I’m not afraid of you…

Bikes are coming in useful in hurricane ravaged areas, and proving once again how multi modal planning improves resilience in the face of disaster (something Copenhagen caught on to following the 70’s oil crisis). Love this story out of Houston about getting people moving again.

Bikes: Not just for zombie apocalypses

People for Bikes is one of my favorite cycling advocacy groups, it currently has a survey to gather information on local cycling infrastructure/access (open until December 8th, but take it now!) – you can find it here 🙂

Keeping up with local news on top of national news is pretty much a Sisyphean task, but the Coastal Conservation League does an excellent job of summing up both in terms of environmental related news. And although it’s focused on the Lowcountry (aka the coastal side of South Carolina), most of what is recapped reflects what is going on in many other parts of the country as well.

In the most recent installment, Dana hit the nail on the head when talking about how ludicrous our neighborhood planning is:

“Without belaboring the point, a dense, connected street network is the only way to reduce congestion. It provides trip options for cars; it makes bicycling and walking more practical, and it supports public transit. There should never be another development built on the coast, or anywhere, without a dense road network that connects seamlessly to the larger system.”

Case in point? This elementary school just Southeast of Greenville has over 1,000 students, and fewer than 5 students walked or rode a bike the year that I worked there. It’s surrounded by neighborhoods whose developers apparently assumed that the only way to leave one’s house is in a car. There is simply no functional connectivity from the neighborhoods to any stores, schools or other neighborhoods unless you are driving (and when you are driving, you’re going the same circuitous route as everyone else).

Thankfully, this area is getting more bike trail extensions and bike lanes as it is feeling the negative impacts of the cars-only planning. I used to commute through these roads, and if I still worked in this area I would be relieved to have more options on the way. At the same time, it’s incredibly frustrating that efficient neighborhood design and connectivity isn’t a no-brainer for planners and developers by this point.

This is just one example of the type of poor street design that fails everyone (except for perhaps the car manufacturers). Small businesses and rural towns miss out on customers, our children don’t have safe routes to school, and chronic disease and pollution levels continue to kill us. Transit may be a boring topic, but it’s central to our quality of life and goals for a sustainable and better future.

So what can we do about this mess?

It’s time to kill the cul-de-sac

I loved this reading perspective from the Urban Phoenix on how cycling is seen so often as just a recreational activity or a last resort means of transportation. Most of what the author says has also been my own experience.

For example, the four main responses he summarizes:

#1 is typically from other people who currently or previously commuted.

Living in South Carolina, I probably get #2 the most (a combination of that and “how do you get groceries/how far are you from work”/other logistical and often incredulously intoned questions)

I rarely hear #3, and when I do it’s typically from the teenage boys in my mentoring group. Once I turned 16 I felt the same way, driving was new and exciting and way cooler than riding a bike. But I also lived in suburbia and that feeling wore off after a few years.

And #4 is often phrased after I myself mention that I don’t have a car, and get the response “… Like, by choice?”.

This attitude of “if she doesn’t have a car, something must be terribly wrong” is why I named this blog “Rebel Without a Car” instead of something like “Maniac Behind Bars”. Sadly, in the current cityscape you do have to be a little crazy to bike for practical purposes, since most of our roads where I live are built only for cars. I certainly wish I wasn’t some pedaling pioneer or workplace anomaly, but that my interactions could be more run-of-the-mill “oh cool, you ride too”.

This isn’t just a problem with getting local council members on board with the vision for complete streets (although you should definitely go talk to your city and county council members); living in car culture is something we all participate in, one way or another.

Which for me is what makes it so fun to ride around in non-cycling clothes, hauling my groceries or going to a meeting with some mild helmet hair (which is hard to suss out from what my hair would look like otherwise, #curlyhairperks). Because when we have visible, diverse bike commuting in our communities, we fight stereotypes and challenge the ‘my way is the highway’ mindset. Every single bike ride you take is a part of that.

The only asterisk I want to stick in this article is where the author refers to bikes as “like cars, only slower”. In urban locations, bikes are actually the most efficient means of getting around; when I studied abroad, I would always beat public transit (even the really nice European kind) and cars within the city thanks to the cycle paths, bike lanes and ease of parking. This phenomenon was also wonderfully demonstrated locally in Greenville last month for an Earth Day event:

Yep, that guy with the helmet beat out the driver (on the left) and the public transit user (on the right).

And when the results were announced on social media, the snarky comments weren’t far behind. “Did the cyclist obey all traffic laws?”* “I don’t see his bike.” ** “The city doesn’t provide enough parking for cars.”***

* Yes, or he would have been disqualified. And no one asked, but the driver did too

** It’s parked and locked at the rack that can be seen in the left side of the photo above, per rules of the contest

So in summation, I would argue that not only do we need to communicate that bikes are a viable means of transportation, but we need to realize that they also just make sense.

it’s all fun and games until someone gets to work

Of 100 ways to fight climate change.. I’ll let you guess which is my favorite.

I often have a hard time succinctly conveying all of the reasons we should support public transit in our communities and country… this post says it so well that I should probably just memorize it. Voices for Public Transit is a great organization to follow for policy and research updates!

Working on my elevator speech 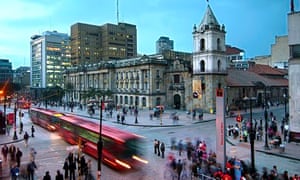 “When we talk about cities, we usually end up talking about how various places look, and perhaps how it feels to be there. But to stop there misses half the story, because the way we experience most parts of cities is at velocity: we glide past on the way to somewhere else. City life is as much about moving through landscapes as it is about being in them.”

This fantastic article from The Guardian is from 2013, but I somehow just came across it today.. and promptly ordered the full book in print so I can take a highlighter to what will probably be every page.

How powerful is urban design?

Apparently 50% of the budget gets moved over to highways every year, which is an absolute shame when you think how far the dollars can go on biking and walking infrastructure than on car-centered projects. I also like this study that shows how roads with protected bike lanes actually save money for both individuals and economies.

While you’re at it, save your DOT district rep to your phone, so it’s easy to call and tell them about these new studies and success stories from other cities as they are published 🙂

Dear People on the Road Lately:

“It is unlawful to harass, taunt, or maliciously throw an object at or in the direction of any person riding a bicycle; and
A person who commits the above offense is guilty of a misdemeanor and, upon conviction, must be fined not less than two hundred fifty dollars or imprisoned not more than thirty days, or both.
Every driver of a vehicle shall exercise due care to avoid colliding with any pedestrian or any person propelling a human-powered vehicle and shall give an audible signal when necessary. “
Source: S.C. Code Ann. §§56-5-3445; 56-5-3230

(Not in South Carolina? Here you go.)

Phrased alternatively, do not yell at a bicyclist to “get off the road”, “use the $%&@! sidewalk”, swerve toward them aggressively, etc.

We are road users. We are sisters, brothers, mothers, fathers, offspring, teachers, students, business owners, neighbors, friends and spouses, and we’re taxpayers (don’t even start with me on that one). We’re fellow humans doing something different than you, not to be confused with your Mortal Enemy or someone you need to lecture.

We’re not going anywhere, and we’re not going to stop asking you: please be nice, and just try not to kill us. That’s literally all we’re asking of you.

(The fact that some cyclists run stop signs, get in your way, are hard to see, or generally piss you off has nothing to do with what I am talking about here. Don’t take out your road rage on the rest of us.)

Still too many words? DBAA.

That cyclist who yelled right back at you today

An open letter to my fellow road users
rebelwithoutacar
Powered by WordPress.com.